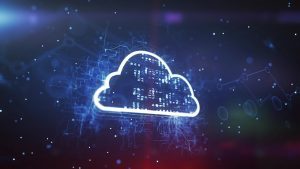 TikTok has seemingly taken Huawei’s position as the primary focus of US aggression in recent weeks, though the social media app is planning a data centre investment to ease European concerns.

Few regulatory or bureaucratic authorities have shown themselves to be as privacy conscious as the European Commission, perhaps explaining TikTok’s most recent announcement.

“Back in April, I wrote about our approach to security and explained how my team is laser-focused on building our advanced security infrastructure, designing relevant programs, and engaging with the industry to develop our capabilities further,” said Roland Cloutier, Global Chief Information Security Officer at TikTok.

“A core component of this commitment is our approach to data centre locations – and following a process that first began last year, today, we’re announcing our intention to establish a new data centre in Ireland, and our first data centre in Europe.

“This investment in Ireland, to the value of approximately €420million, will create hundreds of new jobs and play a key role in further strengthening the safeguarding and protection of TikTok user data, with a state of the art physical and network security defence system planned around this new operation.”

While European authorities have not taken the strident approach to TikTok as the US has, there have been reports to suggest the Chinese application would be placed under greater scrutiny.

In May, Dutch privacy authorities said an investigation was being launched into TikTok to understand if there is enough privacy protection for Dutch children. This might sound inconspicuous and irrelevant, but Al Capone was sentenced to 11 years imprisonment for tax evasion. A month later, the European Data Protection Board set up a probe to examine the data protection practises of TikTok.

Setting up a data centre footprint within the borders of the European bloc will not instantly dissipate the scowling looks, Silicon Valley has shown it can irritate the European Commission irrelevant as to how much money is spent, but it is a good start. Ensuring European data remains in Europe will ease some concerns, but there will be plenty more facets to the investigations.