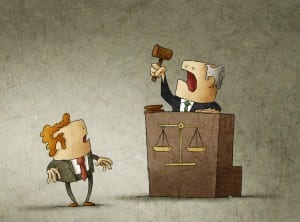 Following Rakuten and Spotify, messaging service Telegram has filed a complaint with the European Commission regarding Apple’s App Store.

The antirust complaint is along the same line which we have seen elsewhere; the 30% commission is too much, while preventing iPhone users from downloading apps from alternative channels is anticompetitive.

The official complaint against Apple follows a few days after a blog post from Telegram CEO Pavel Durov, with the executive airing his views on the situation.

“In the last few months, many prominent app developers voiced their disapproval of the App Store policies Apple imposes on all apps,” Durov said. “Why should that concern you if you own an iPhone?”

According to Durov, the 30% commission leads to higher prices for consumers, some developers are excluded, it compromises privacy, delays updates, sends companies out of business, leads to more adverts in-app and inhibits the ability of these developers to spend more on improving experience.

In short, Durov’s position is Apple is fleecing the developer community and worsening the experience for iPhone users.

This is of course not the only complaint Apple is currently dealing with. Both Spotify and Rakuten have filed complaints against the firm in the European Union, and in the US, CEO Tim Cook has recently been grilled by the House Judiciary Antitrust Subcommittee.

In Europe, Apple might find some difficulty in justifying the 30% commission to authorities, the money made vastly exceeds the cost of running the App Store, while in the US politicians are determined to dilute influence of Silicon Valley somehow. We suspect there might be some changes to the App Store at some point in the future.