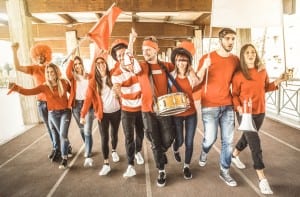 Estimates from rival analyst firms might contradict these figures, but Canalys is suggesting Huawei has overtaken Samsung as the worlds most popular smartphone brand.

While Huawei had to swallow a 5% year-on-year decline for shipments in the quarter, it has seemingly navigated the difficult trading conditions more favourably than its rivals. This is most likely due to the dominance Huawei in the Chinese market, but that is largely irrelevant now. According to Canalys, Huawei is the world’s most popular smartphone manufacturer.

“Our business has demonstrated exceptional resilience in these difficult times,” Huawei has said in a statement. “Amidst a period of unprecedented global economic slowdown and challenges, we’ve continued to grow and further our leadership position by providing innovative products and experience to consumers.

“As we look towards the future, where 5G, AI and IoT will grow increasingly ubiquitous, our focus will remain on executing our All-scenario Seamless AI Life Strategy. Our technology – from smartphones, tablets through to PCs and wearables – is grounded in our commitment to consumers and fulfilling their needs.”

What remains to be seen is whether Huawei will retain its position as a global force in the consumer electronics world.

Canalys estimate shipments in the international markets fell 27% year-on-year for Huawei, with Mainland China now accounting for 70% of the total. Its sales in China grew 8% year-on-year, though the ambitions of the business is to be a dominant force across the world. The numbers seem to suggest Huawei is becoming a Chinese brand, not an international one.

Looking forward, the next few months could be very telling for the smartphone segment. With Samsung and Apple set to launch their flagship devices ahead of the Christmas period, there could be some significant gains, especially with Huawei falling away in the European markets.