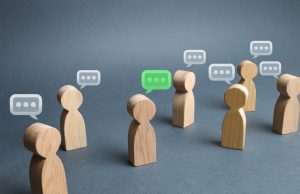 As US lawmakers scrutinise whether Silicon Valley has too much power and influence, Facebook, Google and Apple have all prepared statements to suggest the world would be worse off without them.

While some might scoff at the idea that multi-national corporations raking in billions in profit each year are working for the little man, there have been a lot of benefits for the consumer. Scale has benefits for society and the economy, but the question which needs to be answered by the Subcommittee on Antitrust, Commercial, and Administrative Law is whether these companies wield too much influence, control and power.

These hearings will aim to understand whether the internet giants have a disproportionate amount of control, if their actions are negatively influencing competition and should there be new rules introduced to limit the influence of these companies.

The following extracts from the various statements demonstrates the angle Silicon Valley is taking to hold back the red tape which is being threatened by Congress and Senate.

Mark Zuckerberg, CEO of Facebook (full statement here): Facebook is a successful company now, but we got there the American way: we started with nothing and provided better products that people find valuable. As I understand our laws, companies aren’t bad just because they are big. Many large companies that fail to compete cease to exist. This is why we’re focused on building and updating our products to give people the best possible experiences. Provided we continue investing in new ideas and living up to our broader social responsibilities, I’m hopeful that we’ll keep making progress and deliver better products and services — for the people and businesses that use our products, for the wider tech ecosystem, and for the world.

Sundar Pichai, CEO of Alphabet (full statement here): Using Android — a product I worked on for many years — thousands of device makers and 3 mobile operators build and sell devices without any licensing fees to us or any requirement to integrate our products. This greatly reduces device prices, and today billions of consumers around the globe are now able to afford cutting-edge smartphones, some for less than $50. And in doing so they are able to access new opportunities — whether it’s sharing a video with friends and family around the world, gaining an education for themselves or their children, or stating a business.

Tim Cook, CEO of Apple (full statement here): I am here today because scrutiny is reasonable and appropriate. We approach this process with humility and respect. But we make no concession on the facts. After beginning with 500 apps, today the App Store hosts more than 1.7 million – only 60 of which are Apple software. Clearly, if Apple is a gatekeeper, what we have done is open the gate wider. We want to get every app we can on the store, not keep them off.

US politicians might want to reduce the power and influence of Silicon Valley companies, suggesting they broke antitrust laws is one way to go about this. But the message from the internet giants is clear; we bring far more benefits to today’s society and economy than we do threats.

This is the fine balance which lawmakers will have to account for. The digital economy is a good thing for the world, and the dominance of Silicon Valley is a very good thing for the US. But, trying to bring the internet giants to heel might have some unintended consequences.

Today, Silicon Valley is the goose laying golden eggs. It creates jobs, wealth and opportunity. But too much meddling from Congress and it might not be anywhere near as beneficial.