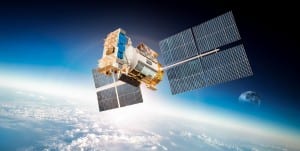 The technology stars are apparently aligning to make it even more economically attractive for private investors to launch a constellation of satellites to provide end-user devices with cellular coverage.

Last August, US-based Orbion bagged $9.2 million in Series A funding, which it spent on developing mass-produced manufacturing capabilities of its ‘Aurora’ plasma thrusters to propel small satellites up into space.

Plasma propulsion is apparently more cost efficient than other propellants, and the Aurora thruster looks as if it will be pretty busy. It has to provide for orbit maintenance and collision avoidance during each satellite’s service life, as well as de-orbiting propulsion for planned end-of-life demolition through re-entry burn-up.

“Our technology is a perfect fit for AST’s space architecture,” said Orbion’s CEO Brad King. “We have the right product, with the right performance, at the right price. The technical development is behind us and now we’re focused on execution.”

The idea is for SpaceMobile to eliminate “dead zones” in rural areas or at sea, and act as an alternative when terrestrial solutions are deemed too expensive. To help achieve its ambitious goal, AST raised a hefty $110 million Series B round of funding in March.

It’s not clear when SpaceMobile will get off the ground, however, and may well be a few years according to the AST website.

It will face stiff LEO satellite broadband competition from Elon Musk through SpaceX’s Starlink business, and maybe other new players if satellite launch costs are driven down still further.