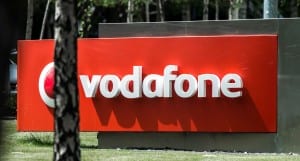 Vodafone CEO Nick Read has said the team is pursuing a listing of the newly created tower division in Frankfurt, while the COVID-19 period has been navigated without too many dents to the hull.

The quarter in question, the three months leading to 30 June, has been a difficult one for almost every telecoms operator around the world. With societal lockdowns and remote working dramatically shifting customer behaviour, as well as operational priorities, the telecoms industry has shone through as the stable foundations of national economies.

While some ambitions had to be put on ice for a short period, the telecoms industry performed admirable during the difficult period. Resources were reallocated to strengthen the resiliency of existing broadband and 4G networks as opposed to full speed 5G deployment, but the end result was a consistent and reliable experience (largely) for customers as networks stood up to strains which weren’t in the original plan.

This is not to say there were not negatives to take from this period. Multinational telecoms operators, such as Vodafone, had to deal with a contraction in roaming revenues, while upgrading customers to more lucrative contracts was a very difficult task as the threat of furlough and redundancy lurked in the minds of many. However, it does appear the impact of COVID-19 is not as bad as could have been.

“Our trading performance in the first quarter demonstrates the relative resilience of our operating model and focused delivery of our strategic priorities,” said Group CEO Nick Read.

“Whilst we have seen the direct impact on our revenue from travel restrictions and business project delays, we have also seen increased usage in voice and data, alongside record NGN broadband customer net additions in Europe.”

Group revenues for the quarter stood at €10.5 billion, with Europe accounting for €8.1 billion. These numbers do demonstrate year-on-year increases, though this is partly due to acquisitions. Organically, revenues shrunk 1.3% at Group level and 2.6% across Europe. No-one likes to see contracting revenues, however considering the challenging landscape, it’s largely as most would have expected.

The numbers are certainly varied, but that is to be expected considering the different severity of impact on operations and society in each of the markets.

The other significant takeaway from this financial update is the creation of a standalone tower business across Europe, which will be known as Vantage Towers, and the potential to float the company on the Prime Standard Segment of the Frankfurt Stock Exchange.

“Today’s launch of Vantage Towers marks significant progress of the strategy I established when I became Vodafone CEO, specifically relating to the key pillar of improving asset utilisation,” said Read.

It is a common trend to see monetization of tower assets during this period where CAPEX budgets are becoming increasingly strained, but Vodafone is taking a slightly different route than the majority. Like Telefonica and TIM, Vodafone is monetizing tower assets with the creation of a new telecom infrastructure business, an alternative to simply selling off these valuable assets.

When we asked Telecoms.com reader what they thought of the emerging trend of selling off passive infrastructure, the majority were not thrilled with the outcome. 18% suggested it was not the best idea, but the telecoms operators need cash now, while 42% believed it was a move that executives would regret in the future.

This idea of holding onto valuable assets was also replicated when we asked whether BT was right to sell off a stake of Openreach, its broadband infrastructure subsidiary. 78% said it was too important a strategy asset to be considering dilution of ownership.

Once these assets are sold, the telecoms operator effectively becomes a tenant on this infrastructure. It is similar to the rent or mortgage debate. It is more financial beneficial to own the assets, however the financial pressures of rolling out 5G and deploying full fibre broadband are forcing executives to make somewhat uncomfortable decisions.

Vodafone is in a similar position, however the creation of a standalone tower business and then looking to float on a stock market is a compromise. It brings recurring revenue into the business, while also receiving a lump sum from the initial IPO, and maintains ownership, however executives will have to accept a dilution of power, influence and control over this company.

Interestingly enough, it will create a tower company which considerable weight. With 68,000 towers over nine European markets, it is in a competitive position with the existing telecoms infrastructure companies. Cellnex, for example, has 50,000 sites in its current portfolio, though it has raised an additional $4 billion to engage in further acquisitions.

Overall, this is news which we might have expected. Vodafone is monetizing the tower assets, while the underlying financials have taken a bit of a hit. Most would have expected there to be a contraction in revenues during the coronavirus pandemic, but due to the current and on-going importance of the telecoms sector, Vodafone has navigating the turbulent seas without taking on too much water.