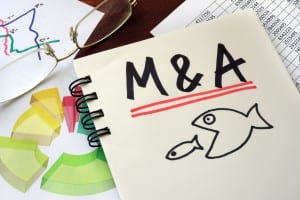 Two years after they concluded their bitterly fought litigation, telecoms software firm Amdocs has buried the hatchet with BSS vendor Openet by buying it.

On a purely business basis this move makes total sense. The telecoms software scene has been all about digital transformation for a while now and Openet went early and hard in that direction. Amdocs has been giving it a go too, but felt its efforts needed a boost, hence the acquisition, and this is its second BSS acquisition in five years.

“We are delighted the innovative Openet team is joining Amdocs,” said Shuky Sheffer, CEO of Amdocs Management. “They bring world-class cloud-native capabilities, network pedigree, and deep 5G charging, policy and data management expertise. The Openet solutions complement our portfolio and this acquisition is part of our mission to accelerate the industry’s move to the cloud.”

“We have been on a 20-year journey in Openet to build a business of which we can all be proud,” said Joe Hogan, Openet founder and CTO. “In recent years, we have built new 5G products which are recognized worldwide for their innovation and modern open, cloud-native architecture. We all look forward to the combined technology strengths of Openet and Amdocs creating new opportunities for service providers at this exciting time of 5G adoption.”

“We are excited to join Amdocs, with whom we have been alongside at customers for many years, and help bring fast value to service providers’ 5G plans,” said Niall Norton, Openet CEO. “It is truly a momentous day for Openet and for all of our stakeholders. Given the strong momentum of our business this is an optimal time to be joining Amdocs. The caliber, resources and reach of Amdocs will bring significant and widespread opportunities across each of our disciplines.”

Nice way of euphemizing ‘bitter competitor’ there Niall. Openet is a private company, so we don’t know much about its finances. The press release says it has brought in around €70 million a year for the past two years and before that revealed pretax profits of €6.9 million on revenues of €98.4 million. That would imply limited profitability, an impression that’s reinforced by Amdocs saying the acquisition won’t do much for its earnings per share for a couple of years at least.

Openet was formed by Hogan and some silent partners and it’s safe to assume Norton accumulated a substantial piece of the action over the years. Given its struggles a few years ago and apparently limited profitability, they have done well to exit at €180 million (plus debt), some credit for which must presumably also go to superstar board member Jan Frykhammar.

Business considerations aside, this is an intriguing acquisition, considering the history between the two companies. While we don’t doubt everyone involved will continue to be consummate professionals, but the past can’t simply be erased. It will also be fun to hear about the cultural synergies enjoyed between Irish Openet and Israeli Amdocs. One thing’s for sure, however, the Guinnesses are on Joe and Niall next time we’re in Dublin.

Design a 5G small cell with a reference platform
Samsung, Ciena partner to address ‘blurring between RAN, transport and core’
Marek’s Take: 5G is far from over, but the 6G hype is already starting
20211028 Surecall Boosters mmWave Report
Auction 110 update: $18.7 billion and counting