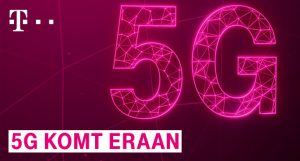 The Netherlands has completed its latest spectrum auction and the spoils were evenly distributed across all three MNOs, with T-Mobile getting a bit less.

“The 700, 1400 and 2100 MHz frequency bands were allocated over the course of a multi-round auction,” said the Dutch government announcement. “A total of 26 licences with a term of twenty years were auctioned for the three bands. Three participants had been admitted to participate in the auction.

“Measures had been taken to ensure that participating market players had access to no more than 40% of the available frequencies. This percentage includes all current licences held by the various providers. The measures are designed to ensure sufficient competition on the telecoms market. A second high-speed mobile communications frequency auction will take place in early 2022. The 3.5 Gigahertz frequency band will then be auctioned off.”

All three MNOs issued press releases, but there were varying degrees of transparency regarding what they paid. Only KPN itemised its costs, but Vodafone Ziggo said it paid the same amount for the same stuff, to in the table below we have assumed the same itemised pricing. T-Mobile didn’t specify any of its costs, but thing we know the total spend was €1.23 billion, that means it must have shelled out €398m, for which it got 5 MHz less 1400 MHz spectrum. That discount of only €18m seems quite small, hence the headline.