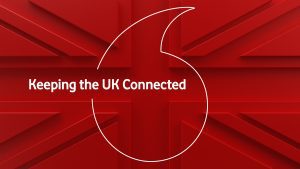 UK telco group Vodafone has long been one of the biggest opponents of banning Huawei. After the recent decision it is still trying to snatch victory form the jaws of defeat.

‘Vodafone wants 5G auction to be scrapped after Huawei move’, reads the FT headline, derived from a brief conversation with Vodafone UK boss Nick Jeffery. The pretext for the sentiment seems to be residual resentment at the extra cost of swapping out Huawei gear as a result of the recent UK government change of heart.

“Now is the time to consider a new way to manage these auctions,” Jeffrey told the FT, which they buried at the end of the story for some reason. “There is little point in operators owning spectrum if we don’t have the money to use it. History teaches us that from the 3G auctions.”

While Jeffery may have a point about the shameless cash grab perpetrated by the state every time a new generation of mobile communications becomes available, it’s fair to question why he has decided to resurrect that topic this week. Maybe it could have something to do with Vodafone’s persistent protestations about how ruinously expensive any Huawei ban will be to it.

Jeffery’s solution seems to be for the state to allocate spectrum as it becomes available, rather than getting operators to bid against each other in an auction. This would undoubtedly lower the cost for operators, but it’s not obvious why the UK government would suddenly choose to forgo such an easy windfall for the treasury. What does seem clear, however, is that Vodafone feels it is owed compensation from the Huawei decision, so the moaning should continue for some time yet.