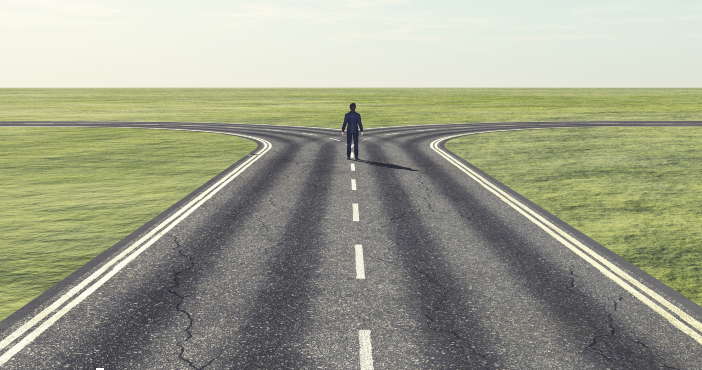 The U.K. government has banished Huawei’s 5G network kit. Supply must cease before 2021 and operators must rip out and replace all installed equipment by 2027. This is tightening of its previous policy —instigated as recently as January 2020—to exclude “high-risk vendors” from an operator’s 5G “core” network functions and allowing no more than 35 percent share elsewhere in the purportedly non-sensitive radio access network.  Security concerns and political pressure have increased with new U.S. sanctions introduced around the end of June on the technologies used to design and manufacture chips employed in Huawei’s equipment.

This is another major step in bifurcation of the technology supply ecosystems between the U.S. and China. These new U.S. sanctions will encourage further development of a rival end-to-end supply ecosystem orchestrated by China and over which the U.S. will no longer have any sway. This may also be a boon to authoritarian regimes elsewhere because Huawei will become unbridled in its ability to supply them. In 2018, ZTE was punished by the US with component supply sanctions and a fine for selling equipment to Iran and North Korea. China does not interfere with or deter foreign nations from snooping on or censoring content accessible to their citizens, nor does it weigh-in on issues such as abuse of human rights in those countries.

Globalizing technology supply ecosystems ruptured many years ago in Internet services platforms with the exclusion of Google and Facebook from China in response to operating conditions imposed by the Chinese government. Fissures in corresponding hardware and software supply chains for the fixed and mobile Infrastructure and even in devices are now increasing due to US-government sanctions affecting numerous countries. For now, global standardization in technologies remains at a high-water mark, despite some manipulation by China.

Batting for the home team

Google’s first forays into China were short-lived. Its search engine was introduced in 2006, but then abruptly withdrawn from the mainland in 2010 in face of a major hack and amid controversy over search results censorship. Facebook also used to operate in China, but was banned following the Urumqi riots in 2009. The Chinese government claimed that independence activists used the platform as a communication tool during the riots, which resulted in nearly 200 deaths.

While the above two Internet platforms, along with Amazon and other American companies have ruled the roost in their respective service markets in most or many nations worldwide, Chinese government policies, including censorship and with the construction of the  Great Firewall have fostered development of home-grown platforms including Baidu, Alibaba and Tencent.  These companies are willing to adhere to government strictures and resultantly dominate in the provision of such services in mainland China.

Concerns about network security have increased with 5G expected to extensively connect things as well as people. There are various threats and ways in which security can be breached. Huawei is considered susceptible to demands from the Chinese government to use the network equipment it supplies abroad for spying.

The U.S. is also using tariffs and sanctions to wage a trade war with China.

While China is still a major technology manufacturing base for many vendors based elsewhere, much of this is relatively low-tech assembly work that can be easily relocated. For example, Ericsson manufactures its equipment in various countries.

Since 2015, China has been pursuing its strategy to increase the strength and depth of its domestic technology supply chain with its “Made in China 2025” initiatives. These are shifting China from being a low-end manufacturer to a high-end producer with emphasis on technological innovation and major domestic investments including R&D and with extensive state support. The strategic plan dictated the proportion of China’s technology markets and product components that need to be made in China. MIC 2025 aimed for Chinese technological self-sufficiency enabling its companies to compete most effectively abroad. MIC 2025 sought to raise the domestic content of core components and materials to 40 percent by 2020 and 70 percent by 2025.

According to former U.K. spy agency MI6 head John Sawers, the crucial change on the technical side that makes him conclude the U.K. should bar Huawei entirely is that the new U.S. sanctions will result in reliable non-Chinese suppliers to Huawei, such as Taiwan Semiconductor, to be replaced with riskier alternatives. In semiconductor fabrication, China’s leader SMIC has seen its stock price surge due to increasing domestic demand, but it is also reportedly five years behind world leader TSMC technologically. TSMC is used extensively by Qualcomm, Apple and Huawei’s HiSilicon among many others because of its leadership in producing the smallest and most exacting chip designs that also enable the highest performance and result in the lowest costs.

Contention between China and various other countries is significantly on the increase.

Sawers additionally believes China is pursuing “wolf warrior” diplomacy against its critics over Covid-19 disinformation. As also reported in the FT, to counter western accusations the disease originated in China, Beijing’s emissaries have intimidated their detractors, including a threat to boycott Australian produce if Canberra pursues an investigation into Covid-19. Conspiracy theories were tweeted by the Chinese that the U.S. created the pandemic to hurt China.

“One country, two systems” is no more. The U.K. is at loggerheads with Beijing over the imposition of a sweeping national-security law in Hong Kong that runs roughshod over the agreement the two made when the UK withdrew from governance of the territory in 1997. Human rights and freedoms are supposed to be upheld in Hong Kong until 2047. However, in addition to new measures limiting free speech and subjecting Hong Kong citizens to extradition for trial on the mainland, the Great Firewall is also already descending upon the territory.

The U.K. has responded by offering a “path to citizenship” for up to 3 million Hong Kong Citizens holding British National Overseas passports. This is being regarded as a “gross interference in China’s internal affairs,” according to China’s ambassador to Britain, Liu Xiaoming.

TSMC and modem chip company MediaTek being based in Taiwan presents a significant technological and economic incentive for capture by China with its political aspirations to unify Taiwan with the mainland, as it is with Hong Kong. The corollary of this is significant risk for the U.S. and its suppliers, despite initiatives for TSMC to build a foundry in the U.S.

The globalization of technology standards is no more evident than in mobile communications. The 1G analog standards were largely national — France, Germany, the U.K. and Scandinavia had different standards. While these were harmonized in Europe with 2G GSM, the U.S. adopted several 2G standards including a couple that were based on TDMA and another that was based on CDMA technology. While two different CDMA-based standards competed for operator adoption in many nations, China also implemented another CDMA-based standard it favored called TD-SCDMA, for which there were never any takers elsewhere.

For the time being it seems that mobile standards, including 4G and 5G are truly global. While China initially favoured LTE-TDD over LTE-FDD which was being deployed in most nations, both modes of 4G are employed extensively all over the world.

In standards setting, Chinese companies were pressured by Chinese authorities to support Huawei’s favored Polar Coding in the selection of channel coding for 5G. This appeared to be an attempt to bolster Huawei’s apparent contribution to the standard, including its patented intellectual property. There was no performance advantage versus the alternative channel coding method considered.

All designers, manufacturers and operators are complying with the same 5G specifications, regardless of who contributes the technology to the standards and whether deployments are in the US, China or anywhere else.

This one piece of globalization seems set to persist for now, while other major parts of the supply ecosystem are polarizing along the lines of U.S. versus China.