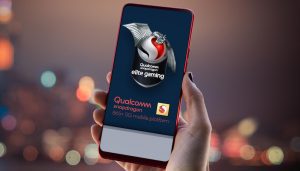 A mere eight months after launching the Snapdragon 865, which was positioned as the ultimate answer to all your 2020 5G smartphone needs, Qualcomm has only gone and made an even better one. As the name implies, the Snapdragon 865 Plus is a tweak of the original, rather than a whole new SoC. Here are the improvements:

“As we work to scale 5G, we continue to invest in our premium tier, 8-series mobile platforms, to push the envelope in terms of performance and power efficiency and deliver the next generation of camera, AI and gaming experiences,” said Alex Katouzian, GM, Mobile at Qualcomm. “Building upon the success of Snapdragon 865, the new Snapdragon 865 Plus will deliver enhanced performance for the next wave of flagship smartphones.”

Judging by the self-promoting canned comments from Asus and Lenovo, Qualcomm is positioning this chip for gaming devices, including laptops. It won’t start cropping up in the wild until later this year, but for anyone who wants to turn their mobile gaming up to 11, the 865 plus may be just what you’re looking for.