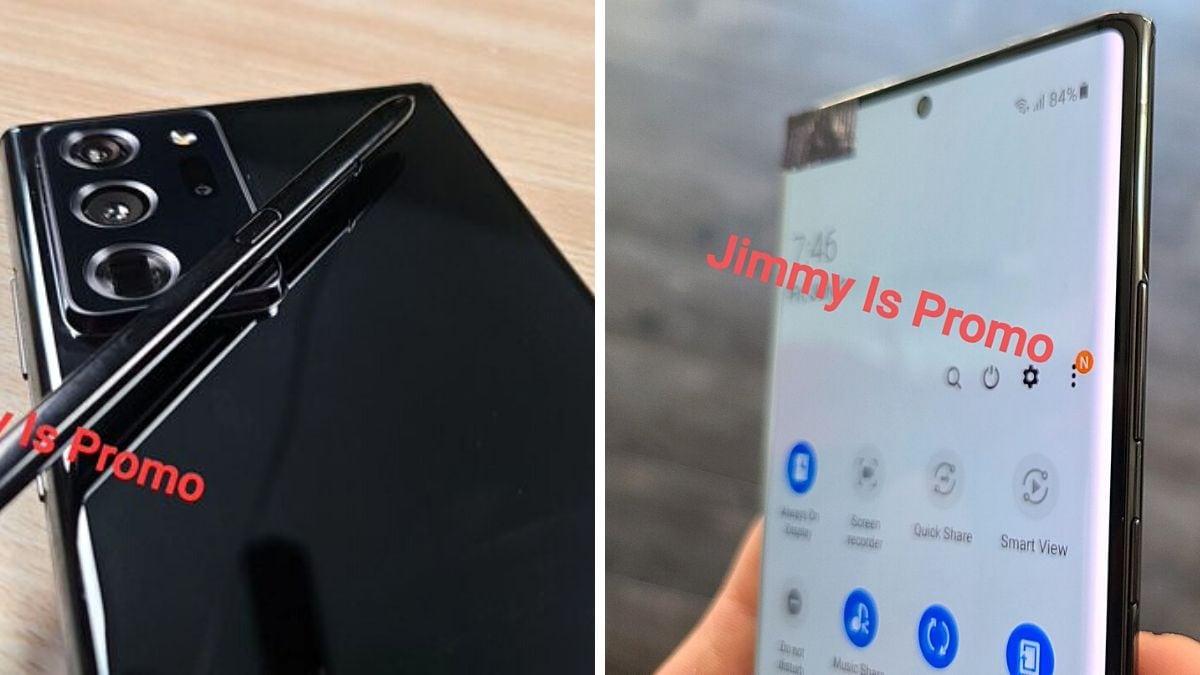 The alleged live images of the Samsung Galaxy Note 20 Ultra by YouTuber Jimmy Is Promo also showcase the phone’s rear camera setup. The same rectangular rear camera module was noted in the Galaxy Note 20 Ultra’s renders, posted last week. The periscope-style lens that will likely power Space Zoom on this device is also prominently visible. The front panel images teases the phone’s centrally aligned hole-punch cutout and slim bezels. Additionally, the alleged live images hint that the power and volume buttons are on the right side of the phone.

Another post by the YouTuber teases the S Pen stylus in black colour, same as the phone. In a separate post, it was added that the Galaxy Note 20 Ultra would run Android 10-based One UI 2.5.

A report last month had indicated that the Galaxy Note 20 series would come in Black, Copper, White/Grey, and Mint Green colour options.

Meanwhile, the Samsung Galaxy Note 20 Ultra is also rumoured to feature an LTPO OLED display with 120Hz refresh rate and QHD+ resolution. It is tipped to come with “new camera function” and the unannounced Qualcomm Snapdragon 865+ SoC.

Why do Indians love Xiaomi TVs so much? We discussed this on Orbital, our weekly technology podcast, which you can subscribe to via Apple Podcasts, Google Podcasts, or RSS, download the episode, or just hit the play button below.