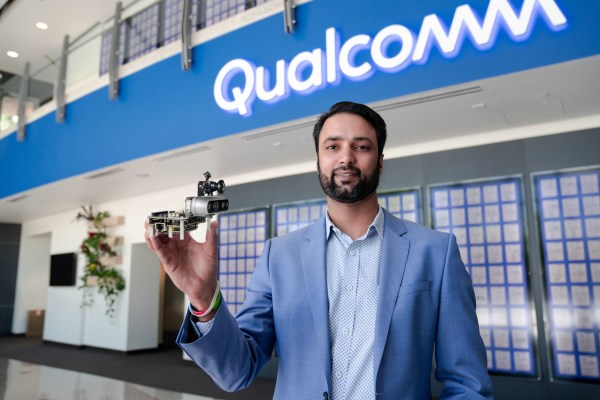 Qualcomm this morning just announced the latest version of its robotics development platform. The chipmaking giant is skipping a number, following up last year’s RB3 platform with the Robotics RB5 — which seems to signify, among other things, the key embrace of 5G connectivity this time out.

The next-generation wireless technology has been seen as a key enabler of IoT products and robotics alike, bringing a new level of high speed wireless across a broad spectrum of connected devices. No wonder, then, that Qualcomm is pushing hard here. The system also supports 4G, just in case.

Qualcomm is one of a number of operators looking to get in on the ground level of third-party robotics development. Perhaps most notable among the company’s competition is NVIDIA’s ISAAC platform. But Qualcomm certainly has a lot going for it from the standpoint of components, with a depth of knowledge in connectivity, processing power and AI. It also has a number of high-profile partners already developing for the new platform, including  Intel, Panasonic, AirMap, SLAMCORE and ROS gatekeepers, Open Robotics.

The system will support a number of third-party components, including Intel’s RealSense depth camera and Panasonic’s TOF (time-of-flight) camera. There are currently more than 20 early adopters to the new platform, with the first commercial products expected to be released before the end of the year.