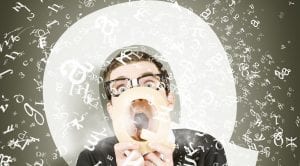 The Huawei question has once again been raised, and it does appear its future looks bleak in the UK, but what considerations need to be addressed before any decision is made?

Reports this morning suggest the UK Government is about to unveil a timeline to phase Huawei equipment out of mobile and broadband networks. The assumption is that the firm’s supply chain has been compromised by US sanctions and it cannot be considered a reliable supplier to critical national infrastructure.

Although there is no official confirmation for the moment, there are a few areas which should be debated and considered before any irreversible decision is made.

Despite it being claimed a ban would only impact 5G equipment, most in the industry know this would not be the case. Backwards compatibility is a crucial element of the vendor selection process, explaining why Three UK has spent so much time and money replacing Samsung 4G equipment in preparation for working with Huawei on 5G deployment.

The ‘rip and replace’ programme is one which strikes fear into the heart of every telco executive. Not only would it undo months of hard work making previous capital expenditure largely redundant, it presents the team with uncertainty. Deployment plans will slow, as in the worst-case scenario, it could be one step forwards before two back.

With Huawei technologies embedded in Three UK, BT/EE and Vodafone networks, as well as Openreach and a host of other smaller broadband networks, the industry cost would be eye-watering. BT has estimated the cost to reduce exposure to Huawei under current guidelines, with ‘high risk vendors’ providing no more than 35% of network inventory, would be £500 million. Reducing this to 0% would cause operational chaos and an accountant’s worst nightmare.

The other point to consider here is the delay to 5G scale. Telcos only have so much money and so many field engineers. Should the telcos have to ‘rip and replace’ this would force budgets and personnel to be redirected, delaying 5G deployment and the UK’s challenge for the newly created revenues in the digital economy of tomorrow.

How Huawei got to its dominant position is largely irrelevant nowadays, the only point you have to remember is that the Chinese vendor is one of the best in the market.

When asked why Huawei is chosen as a supplier, CTOs will offer a range of different reasons. Some will tell you products and services are cheaper. Others will point to the account management and after-sales care which is offered. A few will also suggest the team is much more willing to customise equipment for unique scenarios.

But it is always worth remembering that Huawei is at the top of the market share leaderboard because it offers quality products and services, at least on par with rivals, if not better. And this counts for broadband infrastructure as well as mobile.

Yes, there are valid commercial reasons Huawei would be chosen over rivals, but the people making these decisions are still technologists. Most CTOs will want to select best-in-breed options because of the value in having the best network to the business.

Should Huawei be banned in the UK, CTOs would lose the opportunity to select an excellent technology company as a supplier, a firm which some would consider market leader in certain segments.

This is the question at the heart of the Telecoms Supply Chain Review; how can healthy competition be maintained at the same time as the integrity of telecoms networks?

Thanks to market consolidation over the last three decades and the high barrier to entry, competition is at the highest of premiums for telecoms operators. In short, for the importance of this industry, the amount of money which is being spent on infrastructure and the sensitivities of privacy and security, there are nowhere near enough suppliers.

Aside from Huawei, the top tier for Radio Access Network (RAN) equipment features Ericsson and Nokia, and perhaps Samsung depending on who you talk to. Companies like Fujitsu, Airspan and ZTE might also be considered in the next tier, while OpenRAN is a developing ecosystem years away from being ready. There are others, but none which merit too much attention in the eyes of tier one operators.

Fewer vendors in a market generally means higher costs. Considering how slim the profit margins are in the telecoms industry nowadays, and they are eroding further each year, capital expenditure needs to be spent as intelligently as possible. This is the risk for telcos; if Huawei is ruled out of contention in the UK, the telcos realistically only have three options until OpenRAN catches up.

OpenRAN is not a realistic option to replace Huawei today, despite what politicians tell you. And waiting for OpenRAN is not an option if you want digital infrastructure to compete for international investment. 5G will create new wealth, but it will not be evenly distributed around the world. However, it you don’t have scaled networks, you will realistically lose this race to capture new revenues.

Higher cost for the consumer

Telecoms companies are capitalist businesses, and as much as we would like to consider data is a right for everyone in the digital era, it still costs money as telcos like to be profitable. Basic economics suggest that if a product or service costs more to deliver, the company will charge customers more for the pleasure.

When understanding the cost of data there are numerous aspects of the equation to consider. The size of the country is one, as are legacy networks and services, the comparative wealth and tolerance of the population and the disruptive nature and business models of telcos. However, the cost of deploying the network and access to suppliers is another element.

As it stands, the UK population certainly enjoys cheap data and the telcos are profitable. These companies could make more money, but the market dynamics are forcing data prices down. There are 51 countries which offer cheaper data than the UK, but few consumers would complain about the status quo.

However, if competition is distorted and telecoms operators are asked to re-spend on network deployment, it is a fair assumption the price of data would increase. This would not be a favourable development for anyone in the UK.

The overarching economic impact of companies like Huawei is widely debated, but having a high-tech company investing in R&D ecosystems and the development of local supply chains is only going to be a positive.

Huawei claims to have supported more than 26,000 jobs in 2018. These jobs will not entirely disappear should Huawei be banned, but there would certainly be an impact. Huawei would not directly employ as many people and would likely close R&D facilities in the country. The new R&D centre in Cambridge is one example.

Announced at the end of June, Huawei will construct a new R&D centre which will serve as the international R&D HQ for optoelectronics. The aim is to create an innovation hub for the segment, with start-up incubators and product co-creation models. This innovation could act as a catalyst for wealth and job creation in the area.

The other aspect to consider is Huawei as a good corporate citizen. In countries where it has operations, it will have also developed local supply chains. This will partly be down to regulatory commitments, but also PR exercises to get on the good side of local and national authorities. Should Huawei be phased out, this good-natured ecosystem development would be implemented in other countries where it continues to operate.

These jobs exist partly because Huawei operates in the UK, and the country has been selected as the international HQ for some operations. Should Huawei stop operating in the country, these jobs and this investment would disappear. It would not result in 26,000 jobs lost, but Huawei is a material employer in the country, and will influence the fortunes of other businesses.

Being the little brother of the US

Political autonomy is something which many Governments think they have, but in reality, few do. The UK thinks it is the master of its own fate, but it is looking like a puppet with strings floating across the Atlantic, leading all the way into the Oval Office.

President Trump and this political administration wanted Huawei banned in the UK, and now it is closer than ever.

To date, the UK has resisted calls to ban the vendor, but the decision might well have been taken away from politicians. A ban made will not be on the ground of security because the UK has made a decision risk cannot be mitigated, it will be made because US sanctions have compromised the supply chain to such a point it is consider unviable.

If the UK orders the telcos to phase out Huawei, it is succumbing to the wants of the US.

This is not to say the vendor should not be phased out. The last thing we want in the UK is for communications networks to be vulnerable, it is simply pointing out the White House has got its way and out manoeuvred the UK Government and Huawei.