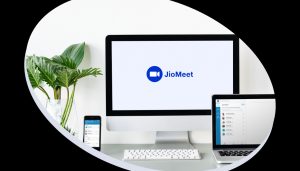 Disruptive Indian telco Jio aspires to be much more than just a dumb pipe and its decision to launch its own video conferencing service is consistent with that ambition.

News of the launch of JioMeet comes courtesy of TechCrunch, which notes this is a clear attempt to take market share from the likes of Zoom, which have boomed during the coronavirus pandemic and the resulting lockdowns. Like many of the video conferencing incumbents, JioMeet offers a bunch of free stuff, but uniquely it doesn’t seem to limit the time of a free video call.

Furthermore there is currently no talk of money whatsoever on the app page, implying Jio is once more giving stuff away for free to lure subscribers away from its competitors and keep them. This strategy has proven very effective so far and is one its cash-strapped peers will struggle to counter. A Jio subscription is starting to look more like a cable bundle than a mobile deal.

Jio Platforms has recently been on a fund-raising spree, presumably so it could underwrite giveaways such as this. The latest to join the party, late as ever, is Intel, which is chucking a quarter of a billion bucks into the pot in return for a 0.39% stake. Momentum looks overwhelmingly in Jio’s favour in India right now and it’s hard to see what anyone can do to prevent it eventually becoming a monopoly.

Amplifier boosts signals from 2 GHz to 18 GHz
5G RFICs take mmWave from baseband to antenna
What is a small cell, really?
When will 6G start to emerge? Probably sooner than you think
SoftBank, KDDI add Nokia to their vendor list for shared 5G network