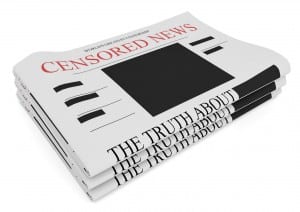 Censorship advocates are celebrating the addition of US telco Verizon to their campaign against Facebook, but they’re mistaken.

At the start of this week we reported on a campaign by a coalition of political activist groups designed to coerce Facebook into censoring any content it disapproves of. Initially it seemed to have only attracted the support of companies whose brand has a strong element of social activism, who thus recognised an easy PR win when they saw one. But now we’re led to believe that mainstream corporate America has joined the purge, as exemplified by Verizon.

Amazing news. Thank you @verizon for joining the fight against hate and bigotry by pausing your advertising on Facebook’s platforms. This is how we make real change. By coming together and telling Facebook it’s time to #StopHateForProfit. https://t.co/qcQwl924hN https://t.co/AzekT7AocV

There is no mention of the move on Verizon’s press site, but the story Greenblatt links to features the following statement from Verizon’s Chief Media Officer John Nitti: “We have strict content policies in place and have zero tolerance when they are breached, we take action. We’re pausing our advertising until Facebook can create an acceptable solution that makes us comfortable and is consistent with what we’ve done with YouTube and other partners.”

That’s pretty far from a direct endorsement of the campaignitself. Amid all the nebulous talk of feeling uncomfortable and acceptable solutions, the only substantial clue to Verizon’s thinking on this matter is the reference to YouTube. The most likely reason for that is Verizon’s participation in a YouTube adpocalypse three years ago, in protest at its ads being placed against controversial subject matter.

This theory is given further weight by a piece published by the ADL this week entitled Hate, Conspiracy Theories and Advertising on Facebook. The piece highlights the placing of a Verizon ad against a YouTube video published on Facebook that contains material the ADL found guilty of ‘drawing on hateful and antisemitic rhetoric’. In the absence of an explicit statement from Verizon, this seems by far the most likely explanation for its action against Facebook, rather than any direct alignment with the broader campaign.

The ADL attempted to further clarify the purpose of the campaign it is increasingly the main driver of this week too, in the form of An Open Letter to the Companies that Advertise on Facebook. Tellingly, it started by trying to explain why Facebook had been singled out for such public censure. “Every day, we see ads from companies placed adjacent to hateful content, occupying the same space as extremist recruitment groups and harmful disinformation campaigns.”

It appears that, having only attracted the most inevitable corporate supporters, the campaign has adapted its strategy towards pressuring individual advertisers, which is why it’s claiming Verizon as an ally. The truth is far less exciting, however, since the Verizon statement seems to say that, as soon as Facebook changes its advertising algorithms such that Verizon is protected from these kinds of guilt-by-association campaigns, then it’s back to business as usual.

YouTube resolved its own similar crisis by doing just that, so the reputation management playbook has already been written. And talking of YouTube, since the offending content in the ADL piece originated from there, and was merely shared on Facebook, why isn’t the ADL going after YouTube too? The answer, once more, seems to be that this campaign is, at its core, designed to extort Facebook into performing political censorship.