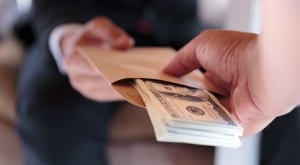 Video streaming tech vendor Technicolor has been trying to restructure its debt for most of the year and seems to have finally got somewhere.

Back in February Technicolor announced a cunning new corporate plan, which included a €300 million rights issue (offering existing shareholders the chance to buy more stock at a discount). But then the coronavirus struck, which severely curtailed appetite for risk in general, so the rights issue failed and the cash situation remained unresolved.

Now Technicolor has announced an agreement in principle on a financial restructuring plan that involves ‘€420 million new financing and deleveraging through €660 million debt equitization’. As far as we can tell, all that banking gibberish amounts to €420 million of fresh lending plus a new €660 million rights issue that seems to have a better chance of succeeding than the previous one, perhaps because it’s bankers rather than shareholders that will be doing the buying.

That assessment could be totally wrong, however, because it seems compulsory to couch anything to do with the money markets in the most arcane and impenetrable language. For all we know Technicolor might have just handed the whole company over to its creditors but couldn’t bring itself to say so directly.

Either way things have apparently been at crisis point for some time at the French vendor. Based on the proposed new financing plan, gross debt is to decrease from the current position of €1,444 million to €1,102 million,” says the announcement. Technicolor had revenues of €3,800 million last year and lost €100 million, so its debt situation was clearly unsustainable. Hopefully for its shareholders and employees this new arrangement will give it a good chance at returning to profitability.