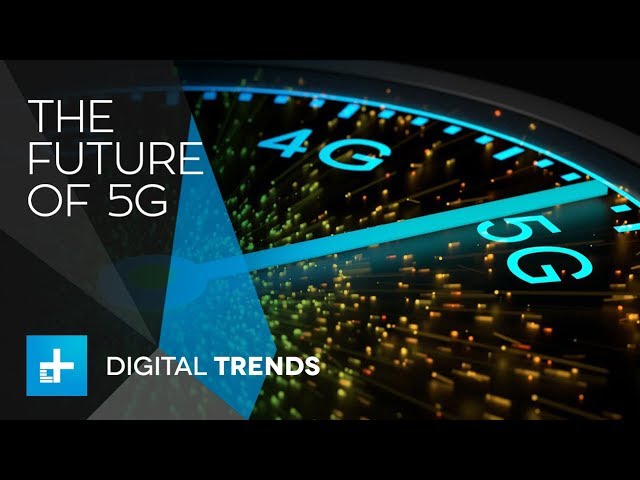 Videos
Imagine playing a co-op shooter like Fortnite Battle Royale or PUB-G on a VR headset… in real-time, with zero lag… all through your phone, while travelling in a fleet of self-driving cars going 200 miles an hour. Sit tight, because the future of gaming, and everything else, is about to change forever.

If you look up in the corner of your phone, you’re probably used to seeing a little indicator that says 4G LTE or, 3G, or… god forbid, 2G – and you’ve come to recognize that it probably has something to do with your phone’s connection to your mobile network. The higher the G, the faster the connection. It’s pretty easy to follow, the G stands for generation, and each subsequent generation refers to a specific minimum speed, connectivity, and reliability necessary to classify the network as that particular generation. 1G let us talk to each other, 2G let us send messages, 3G gave us broad data and internet, and 4G/LTE made it a whole lot faster.

But all that is in the soon to be past, because up on the horizon is 5G. And while you may be thinking that 5G is just a little faster, a little more reliable, and a little newer – it’s actually a massive breakthrough that’s going to change the way devices connect to the internet, and more importantly, to each other. In fact, as 5G rolls out over the next two years, it’s going to change… well, everything with a wireless connection. Which, at this point is …well, pretty much everything. So, what’s so special about a 5G future?

First of all, it’s fast. Like, really fast. Like, 20 gigabits per second over wireless fast. Like 100 – 250 times faster than 4G. By comparison, 4G provides speeds, on average, of about 10 – 20 megabits a second. So that’s going from streaming one Netflix movie in HD, to streaming 400 movies in 8k at the same time.

But that’s not really the most impressive part… what sets 5G aside is its crazy low latency rate, which is the amount of delay between the sending and receiving of information. Now, 4G tends to average about 100-200 milliseconds. To be fair, 100 milliseconds is FAST; human reaction time is about 200-300 milliseconds. But 5G… will get it down to 1 millisecond. Or less. That’s almost real-time. And being able to send and receive information in what is essentially real-time, means that we can use 5G… to replace real-time interactions.

That might be one of the biggest breakthroughs in 5G: a network of self driving cars – all sending data between each other, and communicating with traffic lights, road sensors, aerial drones, and so on. Think about it, human reaction speed is 200 milliseconds, and we still have accidents every day. Imagine if your car could react, and communicate its reaction to hundreds of cars around it, all within a millisecond. Not only could we end car accidents, hell, we could end traffic altogether. Hundreds of self-driving cars, going lightning fast to your destination, with no risk that they’ll hit each other, because they all know exactly where they are in real-time, reacting to the actual world around them. Autonomous or remotely controlled trains, delivery trucks, even airplanes could be on the horizon in the near future.

In fact, forget cars for a second, and think of all robotic devices. Surgeries could be performed, from the other side of the world, with robot surgeons controlled in real-time by expert surgeons, being assisted by other expert surgeons simultaneously; saving lives in situations where time and distance are the difference between life and death. Factories can be staffed by robots that can communicate their task and position to each other, allowing them to not only do more, but do it more efficiently, and wirelessly over a 5G network. Imagine a fleet of drones flying over a field of crops, using sensors on the ground, to sort, pick, feed, and water individual plants – all on their own.

DT Series—
Behind the Wheel:
https://www.youtube.com/watch?v=5XpfdRhHgyU&list=PLZEIwIHCxaFXVeqr527QvNAGf-hhUohdM

Awesome Tech you can’t buy Yet: