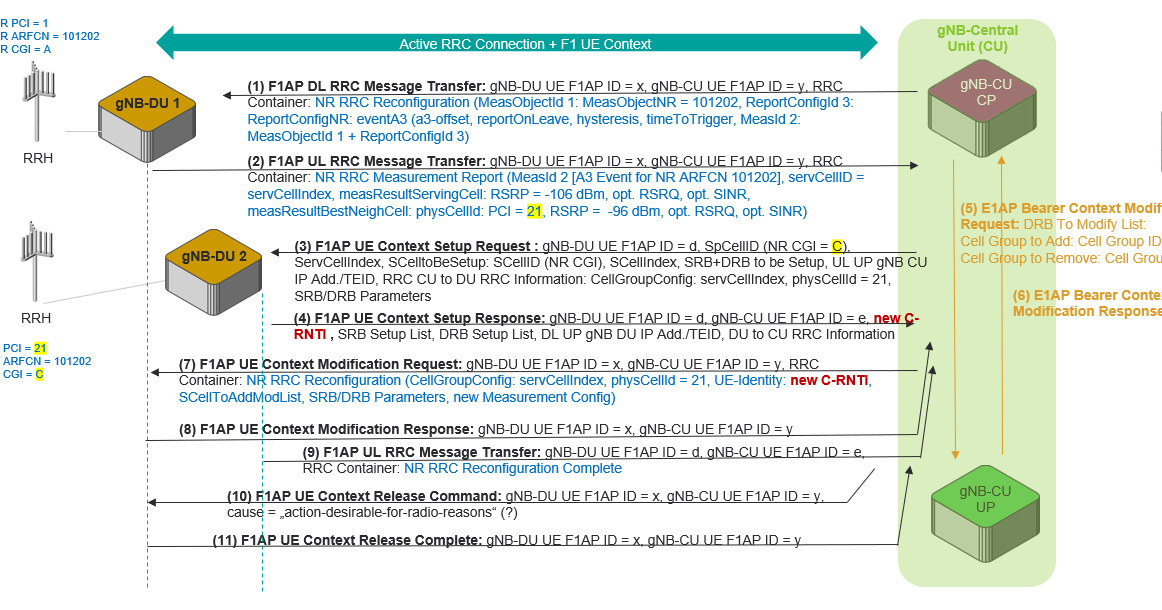 My last blog post discussed the intra-gNB-DU handover. Now it is time to look at inter-gNB-DU handover. This means: the target cell is located in the same gNB, but connected to a different gNB Distributed Unit (gNB-DU) than the source cell.

The figure below shows the message flow:

As you can see it was not so easy to show all the messages in one flow chart and again I have simplified things a little bit. So it is not shown that NR RRC messages are transparently forwarded by the gNB-DU when sent to or received from the UE.

It should also be noted that between step 8 and 9 the UE performs a random access procedure on the radio interface that is also not shown.

However, due to the fact the target cell is connected to a different gNB-DU a new F1AP UE context must be established on the incoming F1-C leg (step 3+4). As in a new connection setup scenario the target gNB-DU provides all necessary lower layer parameters for the target cell radio link including a new c-RNTI.

Since we need also a new user plane transport tunnel to exchange payload on the F1-U interface between the target gNB-DU and the gNB-CU UP an E1AP Bearer Context Modification procedure is performed in step 5+6.