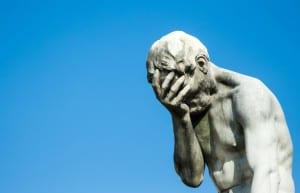 With the UK’s COVID-19 tracing application being test on the Isle of Wight, only 24% of IT professionals believe the initiative will be successful.

Research from BCS, an association for IT professionals, suggests the Government is struggling to source support from the IT community. This is not to say the efforts will not be a success, but it is hardly a confidence boost.

“BCS is clear that if done ethically and competently a tracing app can make a huge contribution to stopping the spread of COVID-19; but a majority of our members don’t believe the current model will work and are worried about the reliance on a centralised database,” said Bill Mitchell, Director of Policy at BCS.

“Yet despite their doubts 42% would still install the app and 21% are undecided. It feels like there is a lot of goodwill out there to give a tracing app a chance – if it can be shown to work. That means if these concerns are fully addressed then maybe over 60% of the population will install a high-quality app. That’s the magic adoption figure we need for the app to have real impact on stopping COVID-19.”

According to the research, only 24% believe the application will succeed. 32% explicitly believe it will fail and the remainder are still undecided. Interestingly enough, 51% believe the Google/Apple approach, the decentralised model where data is stored on user devices, should have been taken forward by the Government.

This is an argument which will persist as long as the coronavirus does. Some countries have opted for the decentralised model, which is being championed by Silicon Valley, and others have gone for centralised. What is worth noting is there is a very valid argument for the centralised data approach.

“If you don’t have the data at the starting point of the tunnel, you are facing a challenge,” said Sebastien Ourselin, a professor from Kings College London, during an industry conference. “When you want to react quickly, access to the data is key.”

The issue with the Government decision for centralised data is one of credentials.

When asked what the IT pros were concerned about, and why they would not download the app, 69% said data security, 67% pointed to privacy, 59% worried it was a pointless exercise and 49% lacked trust in the Government.

The final concern is why some might suggest opting for the Google/Apple route would have been more successful. People don’t trust Governments, but the majority have already handed personal information over to Silicon Valley. There is a respect for the smarts and capabilities of these companies. The Government could have weaponised Silicon Valley’s credibility to drive user adoption of the application.

If the Government fails to convince the general public to adopt this app, it will not succeed as imagined. There will be a valid contribution, but for a material success 60% of the population will have to download the application. This is a tough ask, though the lessons learned from the Isle of Wight trials should provide some valuable insight.