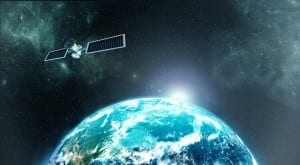 Intelsat has announced it will restructure its finances as it files for Chapter 11 Bankruptcy in the US Bankruptcy Court for the Eastern District of Virginia.

Although it sounds very pessimistic, Chapter 11 Bankruptcy is not the end of the world. It is very expensive, thanks to hefty legal and administrative fees, but it allows an organisation to reorganise debts. It allows a business to survive, albeit with some very long-term debts.

It is not ideal of course, effectively admitting that the business model has failed, or a company has not been able to keep pace with the market, but companies can emerge the other side. General Motors and United Airlines both filed for Chapter 11 Bankruptcy in 2009 and 2002 respectively.

Another satellite company, OneWeb, also filed for Chapter 11 Bankruptcy in recent months, suggesting this is a segment of the telco industry which is struggling.

“This is a transformational moment in the history of our company,” said Stephen Spengler, CEO of Intelsat. “Intelsat is the pioneer and foundational architect of the satellite industry. For more than 50 years, we have been respected for quality, innovation, sector leadership, and premium services. Our success has come despite being burdened in recent years by substantial legacy debt. Now is the time to change that.

“We intend to move forward with the accelerated clearing of C-band spectrum in the United States and to achieve a comprehensive solution that would result in a stronger balance sheet. This will position us to invest and pursue our strategic growth objectives, build on our strengths, and serve the mission-critical needs of our customers with additional resources and wind in our sails.”

The FCC has said it will reimburse satellite companies who assist in clearing the C-Band airwaves, but it is an expensive job. Intelsat would be eligible for $4.87 billion from the FCC, however, these funds will drip feed into bank accounts over a long period of time. $1 billion will have to be spend up front, cash which Intelsat clearly does not have, hence the current bureaucratic process.

It does appear the satellite industry is one which is struggling for cash and one which could look very different over the next few years.

Telcos have repeatedly said satellite is an important component of the industry, an element of the connectivity patchwork. To deliver the digital economy, different technologies will have to work seamlessly alongside each other, as there are pros and cons to every aspect.

However, despite the proclamation of importance it appears cash is not flowing through to the satellite segment of the industry. It might well at some point, but who can wait that long? Musk and Bezos probably can.

With Elon Musk and Jeff Bezos investing in this segment, there are two technology titans on the scene who can probably outwait the traditional satellite companies. With big bank accounts fuelling these ventures, these businesses can be patient in the pursuit of profits. This advantage might make this segment look very different in a few years, as some succumb to the pressures of time, while others bask in the ray of financial security.

Compal to build private wireless network with Enea core
How and why T-Mobile sidestepped mmWave 5G
Fraud could drag down Biden’s broadband ambitions – report
NTT Docomo, JTower announce 5G sharing alliance in Japan
How CES 2022 will be successful in spite of COVID-19