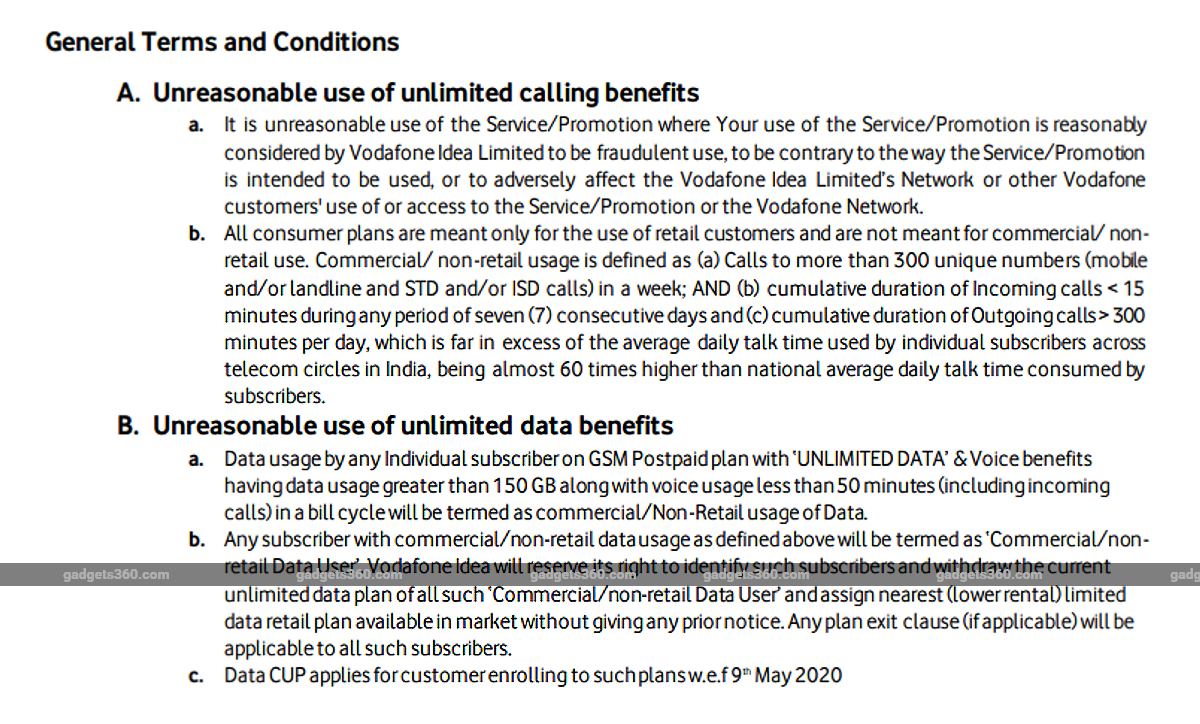 In its updated consumer usage policy, Vodafone Idea notes that the RedX plan is meant only for non-commercial purposes. If a customer is spotted using the plan for commercial purposes, the telecom operator will downgrade the RedX subscriber to the nearest RED postpaid plan with limited data. If this identified customer has been a RedX customer for less than six months, then the user will be charged a fine of Rs. 3,000 in lieu of the benefits and services offered with this plan at no extra cost. This fine will show up in the subscriber’s subsequent bill. To recall, the RedX plan comes with a slew of benefits like Netflix and Amazon Prime subscription, IR pack, and even Airport lounge access.

p>The telecom operator will consider a RedX plan being misused for commercial purposes when calls are made to more than 300 unique numbers (mobile and/or landline and STD and/or ISD calls) in a week. Furthermore, the cumulative duration of incoming calls is less than 15 minutes in a week, and cumulative duration of outgoing calls is more than 300 minutes per day. Coming to data, Vodafone Idea will consider it as commercial use when the data usage is greater than 150GB along with voice usage less than 50 minutes (including incoming calls) in a bill cycle. The company notes that this new consumer usage policy applies for customers enrolling to the Vodafone RedX plans from May 9.

Apart from introducing these new policies, the telecom operator has also increased the price of the Vodafone RedX postpaid plan by 10 percent. It is now priced at Rs. 1,099 per month, up from the original launch price of Rs. 999. Apart from unlimited calls and data benefits, the RedX plan also offers 100 SMS messages per month. It offers access to Netflix, access to select international and domestic airport lounges, ISD calls to select countries at special rates, and free use of the iRoam 7 day pack worth Rs. 2,999 once per year.