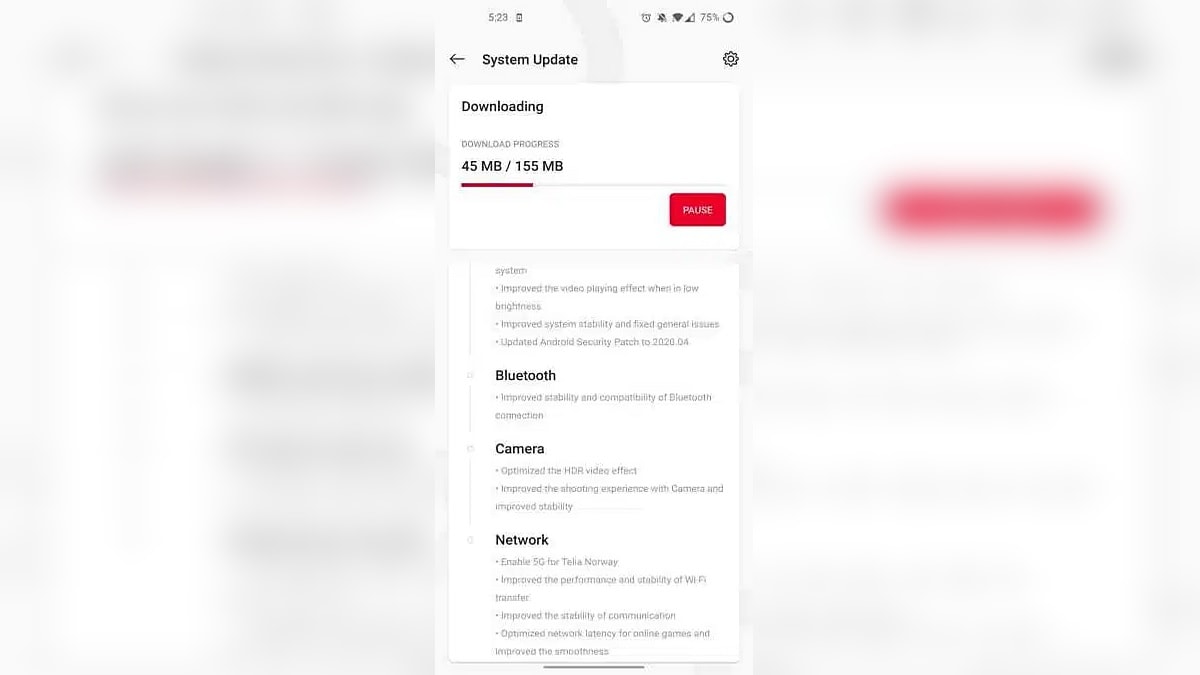 OnePlus 8 and OnePlus 8 Pro have started receiving new OxygenOS updates with the April 2020 security patch. The updates for both phones bring camera improvements, network improvements, and system optimisations. The OnePlus 8 in India is reportedly getting OxygenOS 10.5.7 version through an over-the-air (OTA) update while the OnePlus 8 Pro is getting OxygenOS 10.5.8 version. As there are multiple region-specific builds for the two phones, there are some features that are only available in certain regions.

The official changelog shared by the company reveals that the OnePlus 8 Pro is getting OxygenOS 10.5.8 through an OTA update. It comes with system improvements that include touch and interaction experience optimisations, improvements to power consumption performance, better system stability, along with the Android security patch for April 2020. Bluetooth stability and compatibility has also been improved. The update improves the camera shooting experience and stability as well. In terms of network improvements, the performance and stability of Wi-Fi has been improved. Further, network latency for online games as well as smoothness has been optimised. Further, OnePlus 8 Pro is getting other improvements, like video playing effect in low brightness and HDR (High Dynamic Range) video effect optimisation. As per an update screenshot shared by 9to5Google, OnePlus 8 Pro update is 155MB in size. The users can look for the update by going to Settings > System > System updates.

A report by XDA Developers states that the OnePlus 8 is also getting the same improvements via OxygenOS 10.5.7 update, except for video playing effect and HDR video effect optimisation.

OnePlus says this OTA update will be incremental and will reach a small percentage of users today, May 14, with a broader rollout starting in a few days.

T-Mobile offering free upgrades to 5G phones
Does Verizon have the fastest 5G in the world?
Why Did LG Eventually Say ‘Goodbye’ to the Smartphone Market?
IPL 2021: Jio Brings Special Offers for Prepaid, Postpaid Users to Watch Matches Live
Apple to Pay $3.4 Million Over Programmed iPhone Obsolescence in Chile