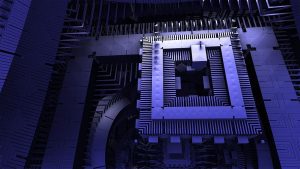 The Technical Research Centre of Finland is going to build the country’s first quantum computer, joining a growing European contingent to compete at the front of next generation computing technology.

VTT, Finland’s state-owned Technical Research Centre (Teknologian tutkimuskeskus VTT Oy) announced that it will design and build the country’s first quantum computer, in partnership with “progressive Finnish companies from a variety of sectors”, aiming to “bolster Finland’s and Europe’s competitiveness” in this cutting-edge technology.

“In the future, we’ll encounter challenges that cannot be met using current methods. Quantum computing will play an important role in solving these kinds of problems,” said Antti Vasara, CEO of VTT. Referring to the country’s challenge of post-COVID-19 recover, Vasara said “it’s now even more important than ever to make investments in innovation and future technologies that will create demand for Finnish companies’ products and services.”

The multi-year project, with a total cost estimated about €20-25 million, will run in phases. The first checkpoint will be about a year from now, when VTT targets to “get a minimum five-qubit quantum computer in working order”, it said in the press release. Qubit, or “quantum bit”, is the basic information unit in quantum computing, analogous to binary digit, or “bit”, in classical computing.

In all fairness, this is a modest target on a modest budget. To put the 5-qubit target into perspective, by late last year, Google claimed that its quantum computer had achieve 53-qubit computing power. It could perform a task in 200 seconds that would take Summit, one of IBM’s supercomputers, 2.5 days by IBM’s own admission. By the time of writing, VTT has not responded to Telecoms.com’s question on the project’s ultimate target.

When it comes to budget, the VTT amount is easily dwarfed by the more ambitious projects. Although the most advanced quantum computers in the world are developed and run by the leading American technology companies and academic institutions, for example the MIT, IBM, and Google. But other parts of the world are quickly building their own facilities, including businesses and universities in Japan, India, China, and Europe. One of the high-profile cases recently is IBM’s decision to build Europe’s first commercial quantum computer in German’s state-backed research institute in Fraunhofer, near Stuttgart.

In addition to getting closer to and better serving the European markets in the future, IBM’s decision to build a quantum computer in Europe is also to do with GDPR requirement. While European businesses can use IBM’s quantum computer located in the US, through the cloud, they may hesitate when sending user data outside of the EU. The Fraunhofer project has been personally endorsed by Angela Merkel, the German Chancellor. The federal government has pledged €650 million investment for quantum computing, though not in the Fraunhofer project alone.

When it comes to quantum computing applications in the communications industry, at least two areas it can have strong impact. The first is security. Quantum computing will enable new modes of cryptography. The second is new materials. Daimler, the carmaker, has already used IBM’s quantum computers to design new batteries for its electric cars by simulating the complex molecule level chemistry inside the battery cells. On top of batteries, another research topic in new materials in the communications industry is to find silicon replacement as semiconductor in extremely high radio spectrums.

Despite its modest scope, the VTT undertaking is significant. Not only does it give Finland the right to boast of being the first Nordic country to build its own quantum computer, the success of the project would “provide Finland with an exceptional level of capabilities in both research and technology”. Faced with the worst economic crisis since the collapse of the Soviet Union, the Nordic nation is looking to technology breakthroughs for sustainable revival and long-term competitiveness. Quantum computing capability of this project, if not pursuing supremacy, limited by its scope, may at least give Finland the table stake.